Origins and the Abbey

Bermondsey has had a place of worship for over 1000 years. 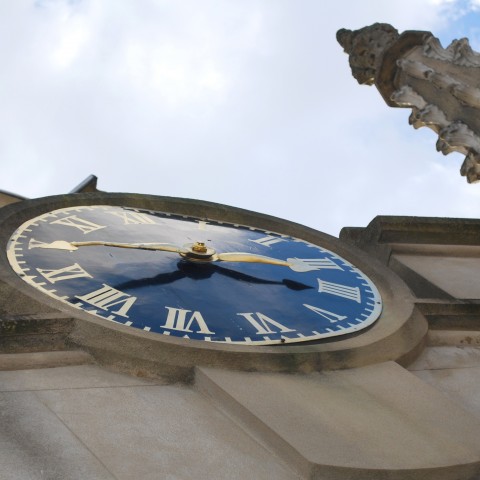 A monastery was in existence in the 8th C and in 1082 Alwyn Child funded the construction of a new building which appears to have been completed by 1089 when there is a first mention of a Prior, Petreius.  This Priory was attached to the French Abbey of Cluny.  A church is mentioned in the Domesday Book as “a new and handsome church”; this “Conventual Church” was dedicated to St Saviour and was situated to the south of the present church on the edge of the present churchyard.  In 1399 the Priory became an Abbey, at the request of King Richard II to the Pope. The Abbey was dissolved in 1537 by Henry VIII, and the estate was acquired by Sir Thomas Pope (who founded Trinity College Oxford) who built a mansion for himself, Bermondsey House.  The Abbey is still commemorated by many local street names.

It is believed that the name Bermondsey originates from the Saxon name “Beormund” coupled with the word for “islet” which was “eye” (as in other names beside the Thames such as Molesey and Chertsey). Although it may be hard to believe now, the area was low-lying marsh with tidal streams, and the islet was a narrow stretch of higher ground, on which a monastery was built, in the 8th C. This is known by the existence of a letter from Pope Constantine to Hedda, Abbot of Bermondsey between AD 708 and 715.

The land of this monastery passed to William the Conqueror in 1066, and he gave it to Aylwin Childe, a wealthy Saxon merchant.  The building at that time is mentioned in the Domesday Book as “a new and handsome church”.  Childe invited the Cluniac Order to found a cell of their order in what became the Priory of St Saviour in 1089, in the reign of William II.  This was most probably on the site of the Saxon building.  The site of the Abbey was essentially to the south of the churchyard, covering the area now containing new apartment blocks and a hotel (erected in 2006-08), and extending over Tower Bridge Road to the far side of the traffic lights.  The Abbey site was investigated by archaeologists prior to construction of the new blocks, when it was found that the Abbey was considerably larger (and therefore more powerful) than previously thought.  Two mediæval carved stone cornices were dug up locally a century ago, and are believed to have been part of the Abbey buildings.  These show great detail with identifiable carved animals, and are now held in the church.

The existence of a foreign priory so close to the city of London was probably a source of annoyance to the Sovereign and, in 1372, Edward III appointed Richard Dunton as the first English prior.  In 1399 at the request of Richard II, Pope Boniface IX elevated the Prior to status of Abbot, and thus the Priory became an Abbey.  The King also granted the Abbot his own seal of a lion with crozier and mitre, and this symbol can still be seen in several places in the church today.

Following the dissolution of the monasteries by Henry VIII, the estate was handed in 1537 to Sir Thomas Pope who founded Trinity College Oxford in 1554 using revenues from Bermondsey.  From then on, the buildings declined in use and importance, and eventually decayed.  Two Queens of England died there – Elizabeth Woodville, wife of Edward IV, and Katharine, wife of Henry V.  The Abbey is still commemorated by many local street names.