In February 2012 we received Faculty permission to proceed with an extensive internal and external reordering of our building. 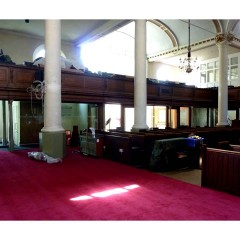 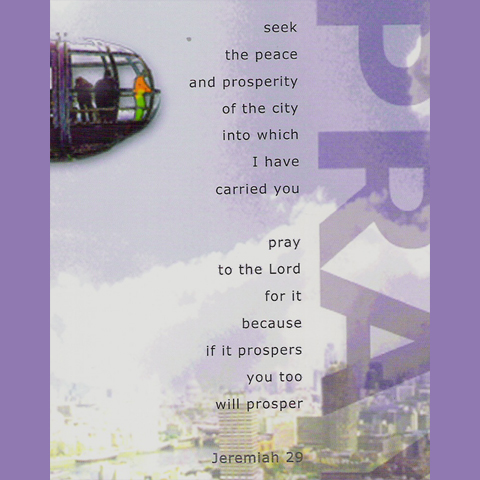 It represents the latest stage in a process which has taken the best part of 10 years. Below are some extracts from a document explaining the vision behind the our proposals to re-order the building. As the APCM report of April 2002 states, written just 3 months after Charlie Moore arrived at St Mary’s as Rector in January 2002: 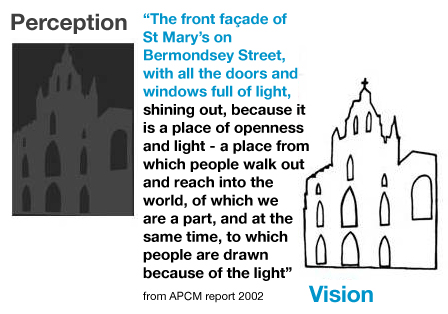 “The above words counter the perception that the building is closed, which is often expressed by people who pass the church on an increasingly busy Bermondsey Street.

In fact nothing could be further from the truth: A considerable part of the St Mary’s building (including the tower) has stood on Bermondsey Street for almost 800 years and is adjacent to the site of Bermondsey Abbey which dates back over 1200 years and represents the unbroken existence of a worshipping Christian community from  the year 708 until now. Today St Mary’s is a multi racial and socially diverse fellowship consisting of people from many backgrounds and of all ages. Located as we are, near the river and with City Hall in the parish, we occupy a strategic location near the centre of London and as such are seeking to respond positively to the challenges of reaching out to a community undergoing radical change. We believe that the public face of our building and its place within the urban fabric are a crucial part of this.

Our desire, through the proposed works, both external and internal, is that the building be a place of transparency, from the outside in, and inside out, through which light should be able to shine. We believe this to be not only physical but also spiritual, as the building comes to embody the values expressed in our Vision statement produced earlier this year (2010):

worshipping together in Bermondsey, we are

seeking to live for the glory of God by

following Jesus in the reality of God’s world 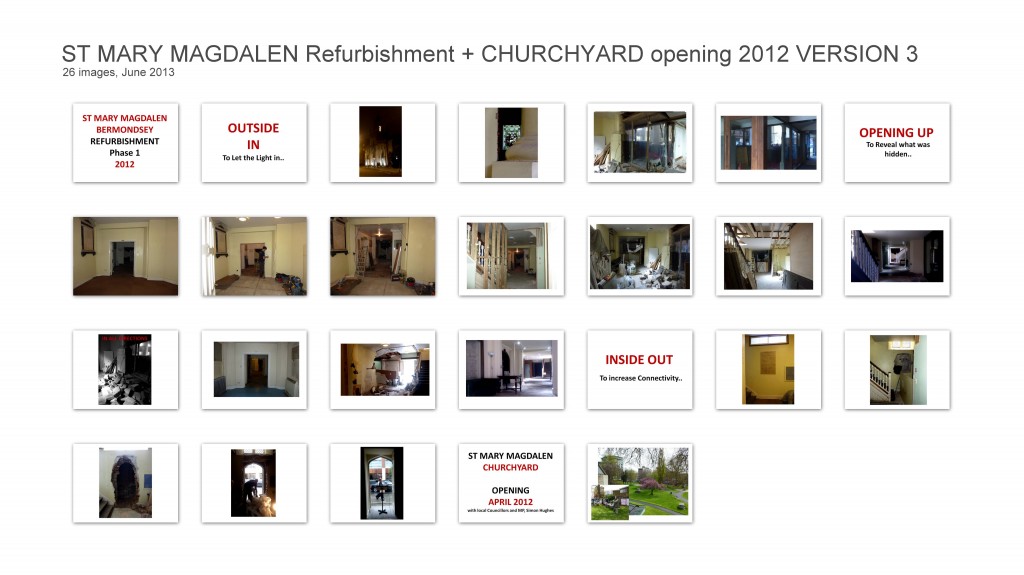 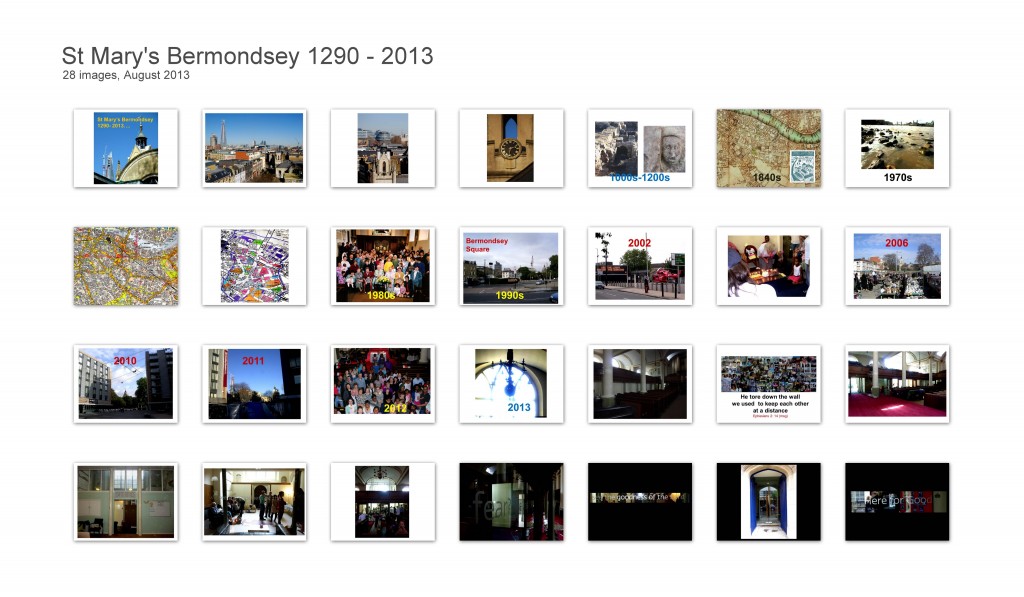 As well as introducing glimpses of the interior from the street, the re-ordering is also intended to at least partly restore internal visibility and original sight lines. Alongside this we hope that there will be increased flexibility for both internal church activities and groups as well as opportunities to build on existing and other external community links. Apart from various church activities, the building is presently being used on a weekly basis by groups such as Alcoholics Anonymous and Kids Company, the young peoples charity. There are also many other opportunities. Whatever the extent to which we are able to carry out our plans, we believe that there are still “Greater things” (John 14: 12) to come in Bermondsey through the presence of this beautiful church and its amazing people.”

“We are still some way short of our target to pay for the works to open up the church. If you would like to help please visit our giving page and mention “Building Fund” in the message box. Thank you!” Morag (St Mary’s)